FEBRUARY 11, 2021 — Emerging evidence from a study led by Jeffrey Howard, associate professor of public health in the UTSA College for Health, Community and Policy (HCaP), suggests that harmful exposures during military service such as traumatic brain injury (TBI) may contribute to long-term mental health, chronic disease and mortality risks.

This is the first study of its kind to estimate the number of excess deaths among a large cohort of post-9/11 military veterans compared to the general U.S. population of the same age, sex and racial/ethnic composition. Excess deaths are defined as deaths that exceed the typical number of expected deaths during a particular period for a given population.

“After 20 years of war, it is vital to focus attention on what puts veterans at risk for accelerated aging and increased mortality.”

“There are real-world implications for veterans with traumatic brain injury,” Howard said. “The findings of this study provide insight to help health care systems understand the potential burden of morbidity and mortality among this cohort.”

Howard noted that the findings provide heightened awareness of the causes of death, particularly suicide and homicide. “We need to understand where the risks are the greatest and devise better methods of intervening,” he said.

While research from previous wars suggests that military veterans benefited from lower mortality rates than the total U.S. population, recent research suggests that this “healthy soldier effect” may be disappearing among post-9/11 veterans.

Howard and his team studied data on 2,516,189 post-9/11 military veterans and discovered that they experienced excess mortality rates compared with the total U.S. population. The numbers of excess deaths were greater among those exposed to TBI.

“After WWII, Korea and Vietnam, veterans of those wars tended to have lower age-specific mortality than the general population because younger, healthier people tend to be selected for military service,” Howard said. “However, we are not seeing this same pattern with veterans who have served after 9/11.”

In general, exposure to trauma is associated with increased risk of long-term chronic disease such as diabetes, kidney disease and more, as well as a greater risk for individuals to engage with opioids and greater alcohol use. Military veterans have an even higher risk for these factors. 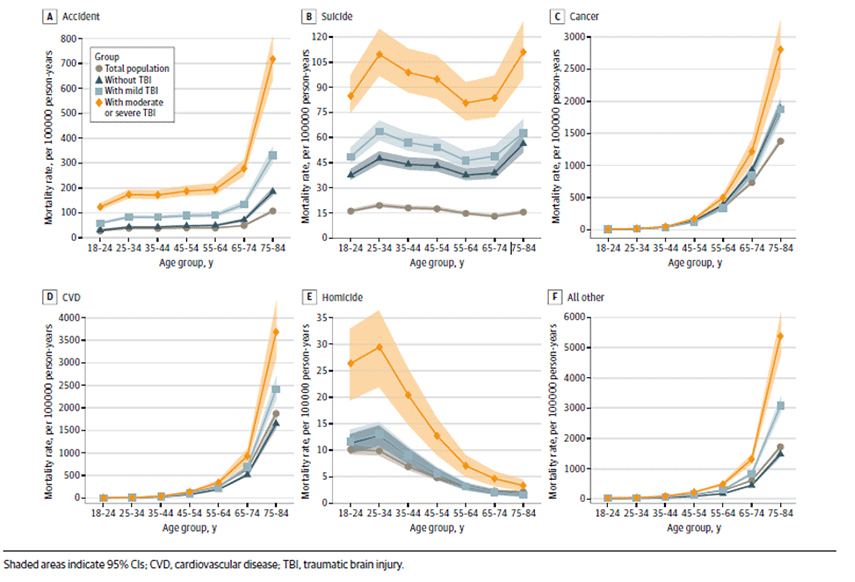 “These rates paint a pretty stark picture,” Howard said. “The cost of war is not measured just in terms of combat deaths. Military service can not only come with harmful mental exposures but environmental factors as well which follow service members for many years.”

“After 20 years of war, it is vital to focus attention on what puts veterans at risk for accelerated aging and increased mortality, as well as how it can be mitigated,” he added.

The College for Health, Community and Policy was founded to develop solutions for complex social issues, improving the well-being of society. This study is one of many underway at the college to shed light on complex health risks, with the goal of finding new ways to address the burden of care on community health care systems.