This article originally appeared in UTSA Today by Brooke Crum.

NOVEMBER 1, 2022 — Research conducted by state demographer and Director of the Institute for Demographic and Socioeconomic Research Lloyd Potter supports the implementation of a new tiered water rate structure by the San Antonio Water System. The new rate structure would result in customers being charged more equitably based on their usage and lead to greater water conservation in San Antonio.

Darrel M. Tremaine and Jay L. Banner at the University of Texas at Austin also contributed to the analysis, which was published in the journal Water in June.

“If the cost of water puts a disproportionate burden on some households as a function of the behavior of other households, there’s some equity issue that’s imposed there.” 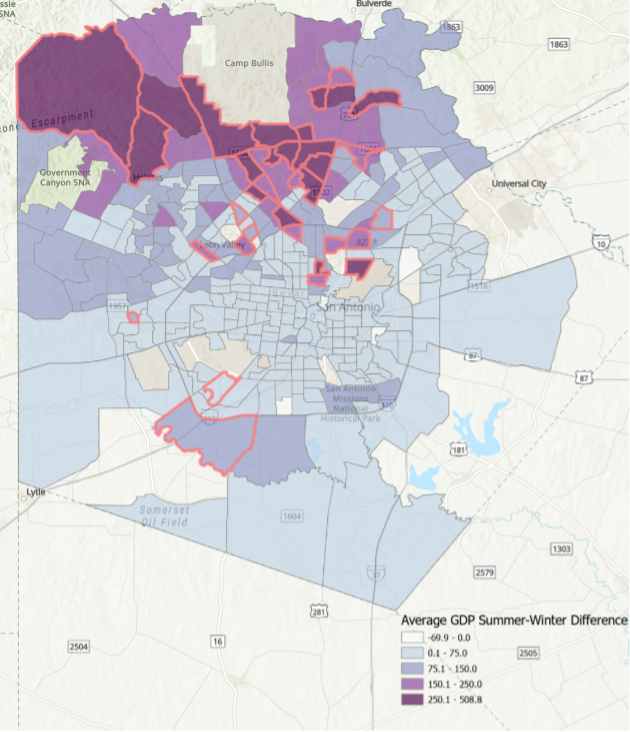 “Our conclusion from this was that one strategy to try to reduce the demand and promote conservation that hopefully would result in reducing the overall cost of water is to put some sort of tiered structure in place,” Potter said.

The researchers compared residential water consumption between 2009 and 2015, using monthly billing data from SAWS. They focused on single-family households, examining the average gallons consumed per unit over a year. They looked at how usage changed during winter months, when water usage generally is down, and during summer months, the peak time for watering yards and filling swimming pools. The researchers then averaged this usage over the entire six-year period to reach their conclusion.

Additionally, Potter and his co-researchers analyzed the characteristics of the housing units they selected, using data from the Bexar County Appraisal District. They looked at the size of the lots of the houses, whether they had swimming pools and the location of the units in the city. They found that newer houses with swimming pools and higher appraisal values tended to consume more water, and they also sat in Census tracts associated with higher socioeconomic status, generally in the northern part of San Antonio near Loop 1604.

Potter said the result of the city’s growing population and construction of new, larger houses in north San Antonio is greater demand for water, forcing SAWS to diversify its water supply by building new pipelines. That has led to the cost of water rising.

“The increased demand for water and the disproportionate consumption of housing units in certain areas of the city owned by people with higher socioeconomic status are what’s driving up the cost of water,” he said.

Meanwhile, people who live in older neighborhoods with a lower socioeconomic status are not consuming more water than they did 20 years ago, placing a disproportionate burden on those households, Potter said. They are essentially subsidizing access to large quantities of water for the larger, richer households.

“If the cost of water puts a disproportionate burden on some households as a function of the behavior of other households, there’s some equity issue that’s imposed there,” he said.